Holiday pay is a pretty good deal when you stop to think about it—getting paid for lounging on a beach, touring an exotic location, or simply spending quality time with loved ones? How lucky are we!

We’ve got it sweet – a lot sweeter than our predecessors.

Holiday pay is a relatively new concept. In the UK, it wasn’t introduced until 1938. Even then, only some workers were entitled to one week’s paid leave.

Today, after decades of struggles between workers, unions, government, and big business, almost all UK workers are legally entitled to 5.6 weeks of paid holiday a year. Nice.

But how does this generous holiday allowance measure up with what’s available across the rest of the world?

Resume.io wanted to find out. Researchers from the specialist CV builder looked at the laws covering holiday pay in 197 countries, then created world maps showing where workers enjoy the most time off while still picking up their wages.

The results show that the UK model has become the norm for many other countries around the world. More than 20 provide four weeks of paid leave for workers, including 10 African nations.

Several nations offer a generous 30 days paid vacation allowance, including Andorra and the billionaire’s playground Monaco (as if its residents need the extra support!)

The USA has the world’s biggest economy – by far. But it’s one of the least developed countries regarding worker rights. The Fair Labor Standards Act (FLSA) states that companies are obliged to offer their workers precisely 0 paid holiday days!

Holiday benefits in the US are privately agreed upon between employers and employees. And it’s the companies that benefit most. The average US worker gets less than 10 days of paid holiday per year.

See how that compares to the rest of the world in the maps and charts below. 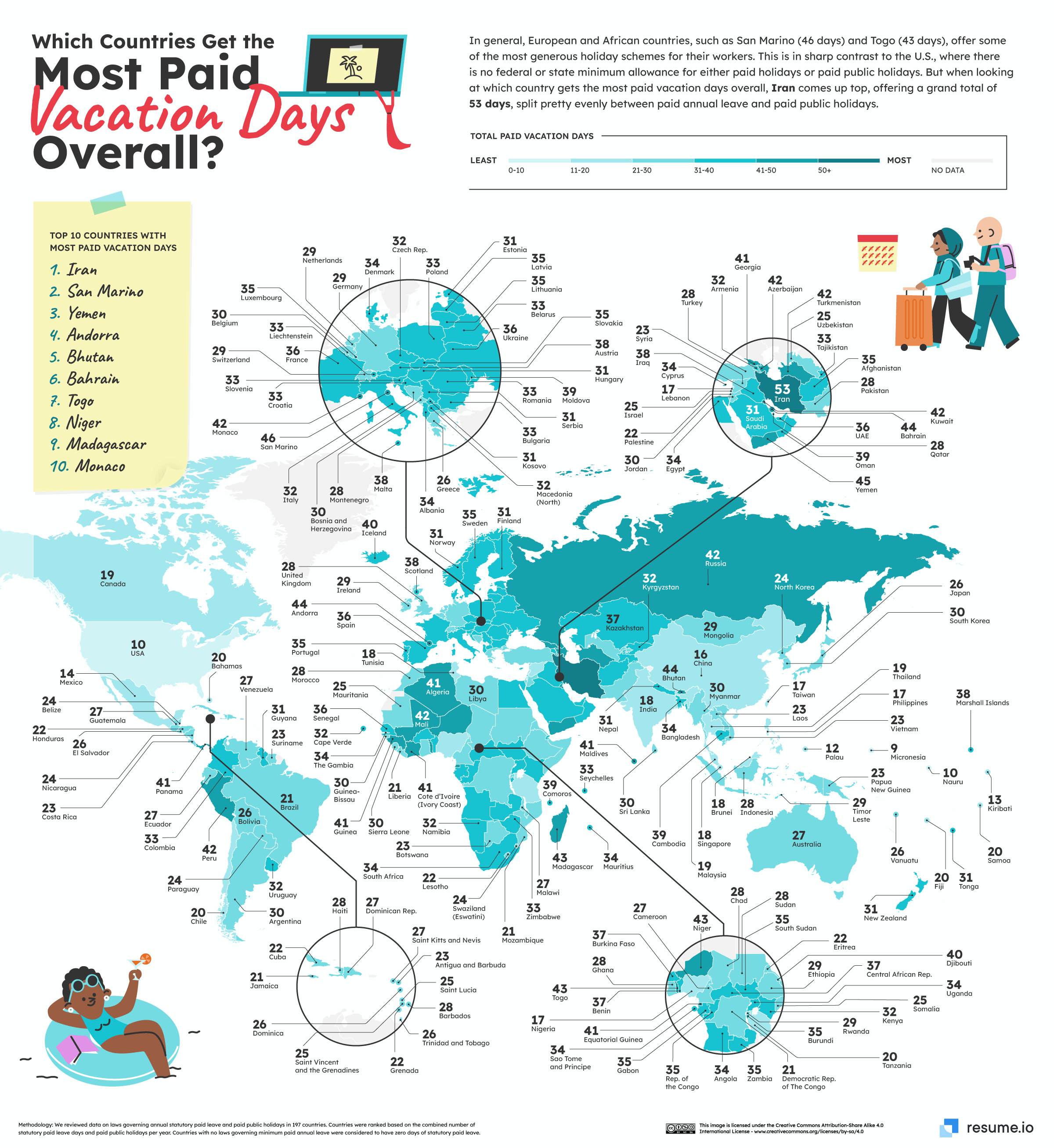 Which countries get the most paid vacation days?, courtesy of Resume.io 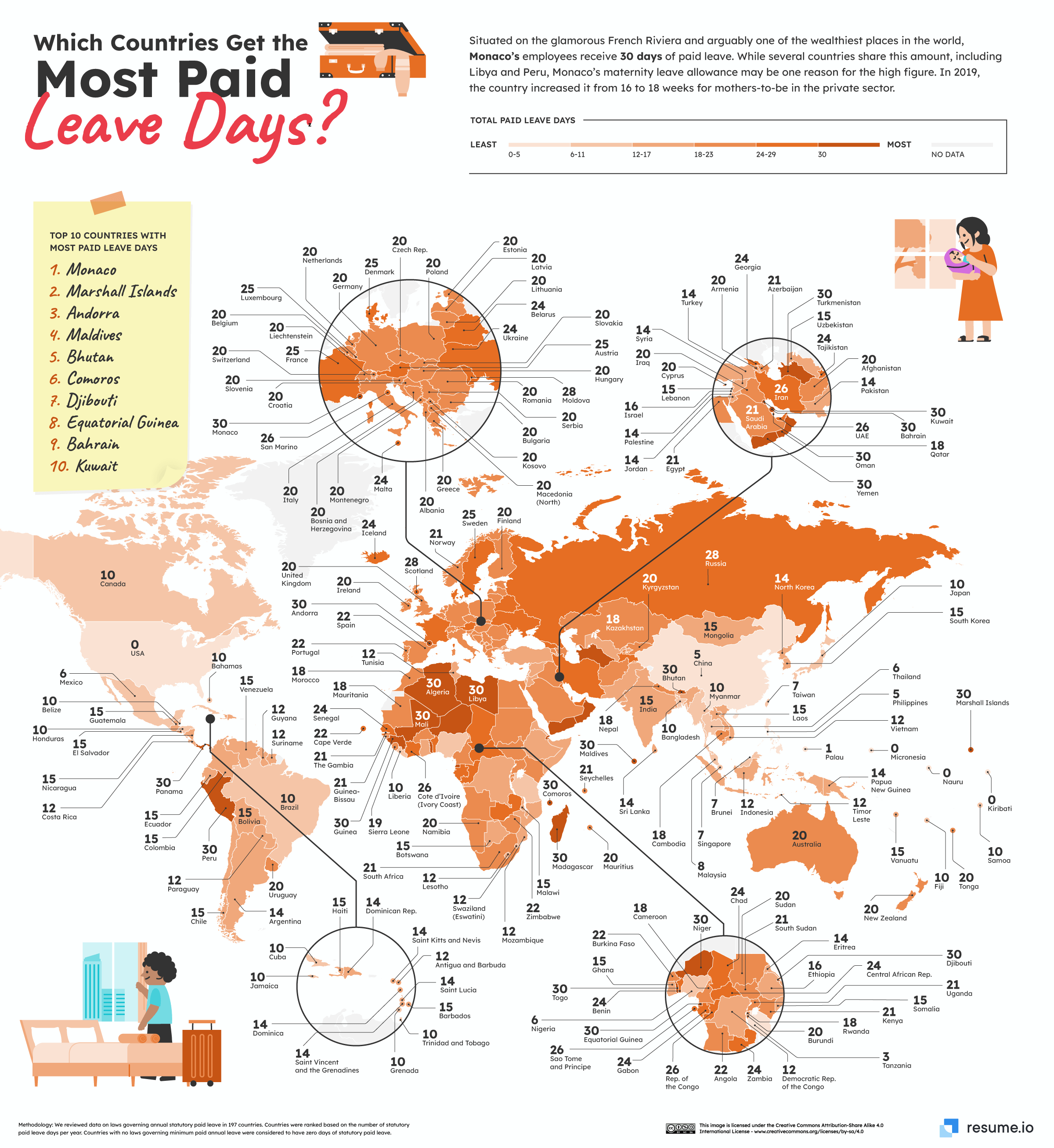 Which countries get the most paid leave days?, courtesy of Resume.io 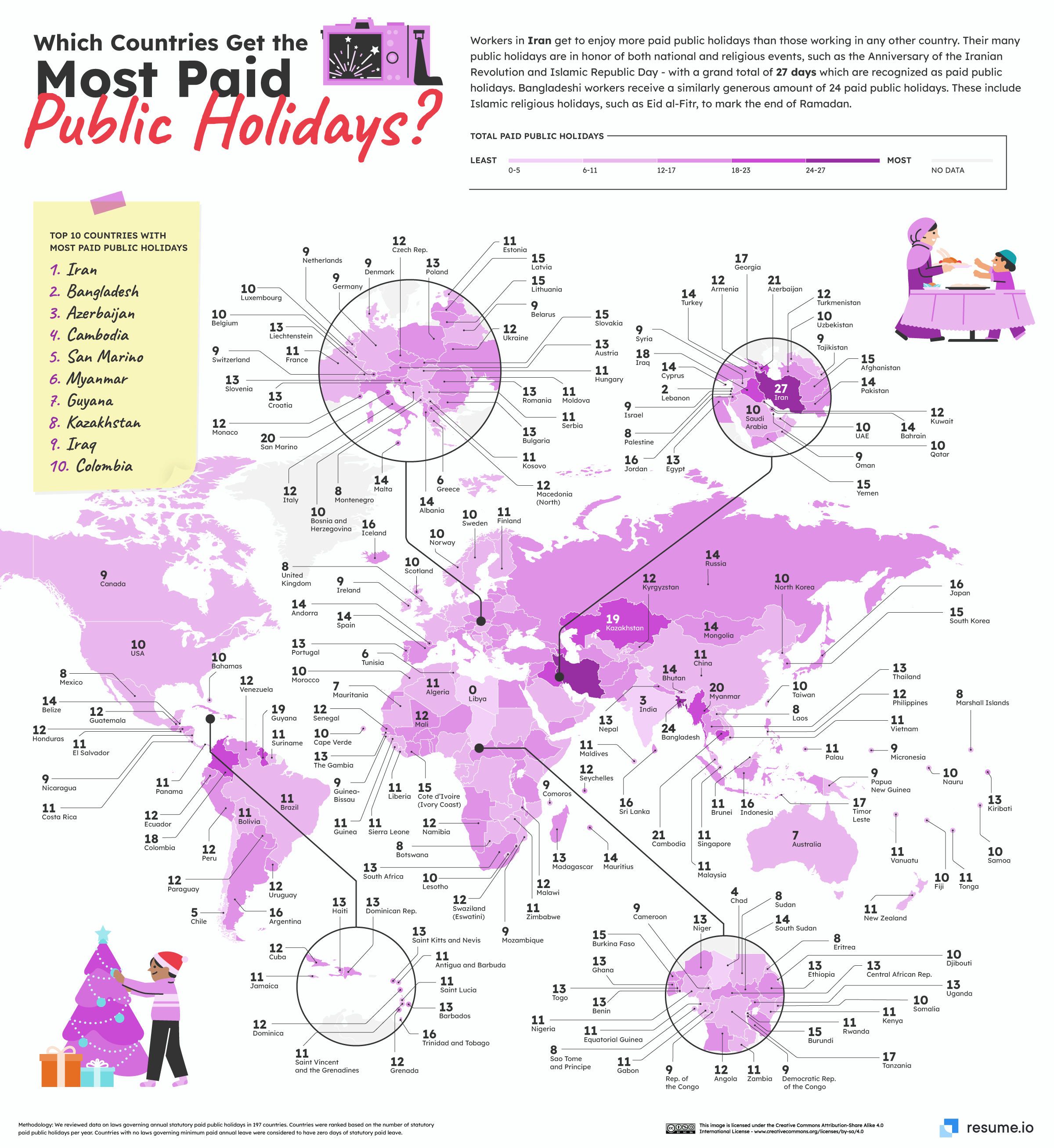 Which countries get the most paid public holidays?, courtesy of Resume.io